Our differing beliefs about God often fuel our separation as humanity and I knew my initial response to this discussion was just creating more of that separation.

Welcome to Episode 4, Higher Wisdom for Dealing with Radically Different Beliefs.  This podcast was prompted by a personal scenario.  I was driving down the road listening to a group of individuals talk on the radio about a set of beliefs that I didn’t agree with at all.  It prompted a trigger response in me that was felt in my physical body (you know when you hear something and it makes your stomach hurt….that kind of feeling).

Not only was their belief radically different than mine, but they had strong beliefs about what God does/does not want in our lives.  Our differing beliefs about God often fuel our separation as humanity and I knew my initial response to this discussion was just creating more of that separation.

This experience couldn’t have been more divinely orchestrated to produce a great growth moment for me.I’m so excited for you to hear the wisdom that I received.  It is so loving and completely shifted my thoughts around beliefs.  I hope you enjoy the podcast!

Welcome back to Episode 4.  So in today’s podcast we are talking about how to handle a situation when you hear someone give advice or share a belief that you don’t agree with at all.  And this channeled guidance was prompted by a personal experience. And I had a personal experience very recently where I was driving down the road and this was so perfectly orchestrated by the universe, if you will. I was driving down the road. There wasn’t anything on the radio to listen to.  And all the sudden I see a sign that says “Christian Radio” and it gives the FM radio station.  And I don’t even listen to much FM radio but I said “well, I’m kind of curious about what that’s all about.”  I’ve never seen it before.  I’ve never even seen that sign and I pass that direction all the time.

So I turned on this Christian radio channel and it was a group talking about a situation they had had with their child.  And I believe it was an author talking about a book she had written but the question came up, and the son realize that one of his friends had two mothers, and so the discussion came up about same sex marriage.  And the person who was sharing the advice was talking about how they handled it with their child. And their words were something to the tune of, “I just explained to my child how sad that it was that mommy was so confused and that it wasn’t what God intended for our life. God intended for a man and a woman to be together. Not for a woman and a woman to be together.” And I was, it actually triggered me so bad that I felt like my stomach was hurting. And this feeling went on for a while. I had to turn it off.

But I was so triggered by this and I knew there must be something to this.  I knew that there was a lesson or some expansion that would have come out of that.  It was too divinely lined up for me to hear that.  And I certainly didn’t share in that belief and that’s where I was struggling.

What do we do when we hear someone share a belief that we don’t agree with?  How do we handle that?  And so I’m excited to share with you the guidance that I personally received to help me through this situation and I hope that it helps you on your journey too.

So here we go…

(beginning of channeled guidance)  Today let’s talk about beliefs.  And what is really at the root of beliefs and specifically what happens when you hear someone else’s belief that you believe might not be, certainly isn’t your belief, but you also believe that it could be a belief that isn’t serving them for their highest and best good.  And maybe it’s even a belief that is so engrained in policies, or in religions or in doctrines or in society that is so engrained in society that people so strongly believe in, but you have a different feeling.

And so sometimes you might hear these beliefs and you might think, “gosh, the world would be such a better place if they simply had different beliefs.  If they believed a little different.  If they expanded their awareness.”  And that’s not for you.  That’s not for you to even step into.  It’s about you. It is about you and your beliefs.  And when you hear another belief that doesn’t feel like it serves you, it’s just a chance for you to ask yourself, “well, how is my current belief serving me?” And is it serving me from my highest and best good?  Is it serving humanity from it’s highest and best good?  It’s just simply a chance for you to really reflect your own beliefs and look at them and make sure that they are serving you for your highest.

And often times when we get a little  hung up is when we believe that it’s a belief that God has.  And that’s, that was the trigger point in this situation.  Is when it was brought up that “God wouldn’t want this.” And that God doesn’t talk about this in the Bible. And so more so than even just the belief was really the trigger of what God would or would not want.  And for some, again, it’s just simply an opportunity to see about how certain beliefs might be limiting us.

And sometimes we can just see, this is nothing more than simply gathering data if you will. Information about how strong beliefs are.  It’s not your role to change them.  But you can understand.  You can understand them a little deeper.  And then you can begin to understand the role that deep beliefs play in culture. And how they begin to play out in reality.  We can’t change them.

But just by you having, or feeling, a different belief.  Not that it even has to be known to anyone.  Simply you feeling a different belief about who or what you believe God is and you living that and you embodying that, that’s, that’s really what this is all about.  That’s what this is.  The highest and best good for the highest and best of humanity.  And you can radiate that belief.

That’s all this is doing.  It’s just a reflection back to you.  No judgment.  There is no judgment ever in what one person believes over another but you can begin to use these relationships, you can begin to use these conversations as simply a mirror back to you.  You can begin to look at the areas in which you have beliefs and whether they are still the highest and best beliefs for your highest and best good.  That is all that comes from this.  And then you then have a choice as to how you want to spread that into the world.

Remember that a big part of why you are here, the reason that you are here, is for your soul’s expansion.  And through the differences that we all have that make us all so unique.  Through all of that, we are able to expand so much.  There is so much grown and opportunity and expansion that comes from that.  From just knowing that we’re all so different.  That we’re all so unique.  That so many of us have different beliefs and that is just perfect.  And that it all serves.  And it’s not our role to change anything.  We can observe, with discernment.  But it’s not our role to change anyone. That’s not what we’re here to do.

So it’s all ok and that was all very timely to be a part of your experience and your awareness because a lot of growth comes out of just the smallest thing.  Isn’t it amazing how much growth and expansion we can have from something that simply hits our experience, that hits our awareness, for 5 minutes? Simply a 5-minute radio snippet can really expand us on our journey.  It’s really very powerful.  There’s a lot that comes from something just that small.

So it is all good. It all serves. And this is all a part of your soul’s expansion. 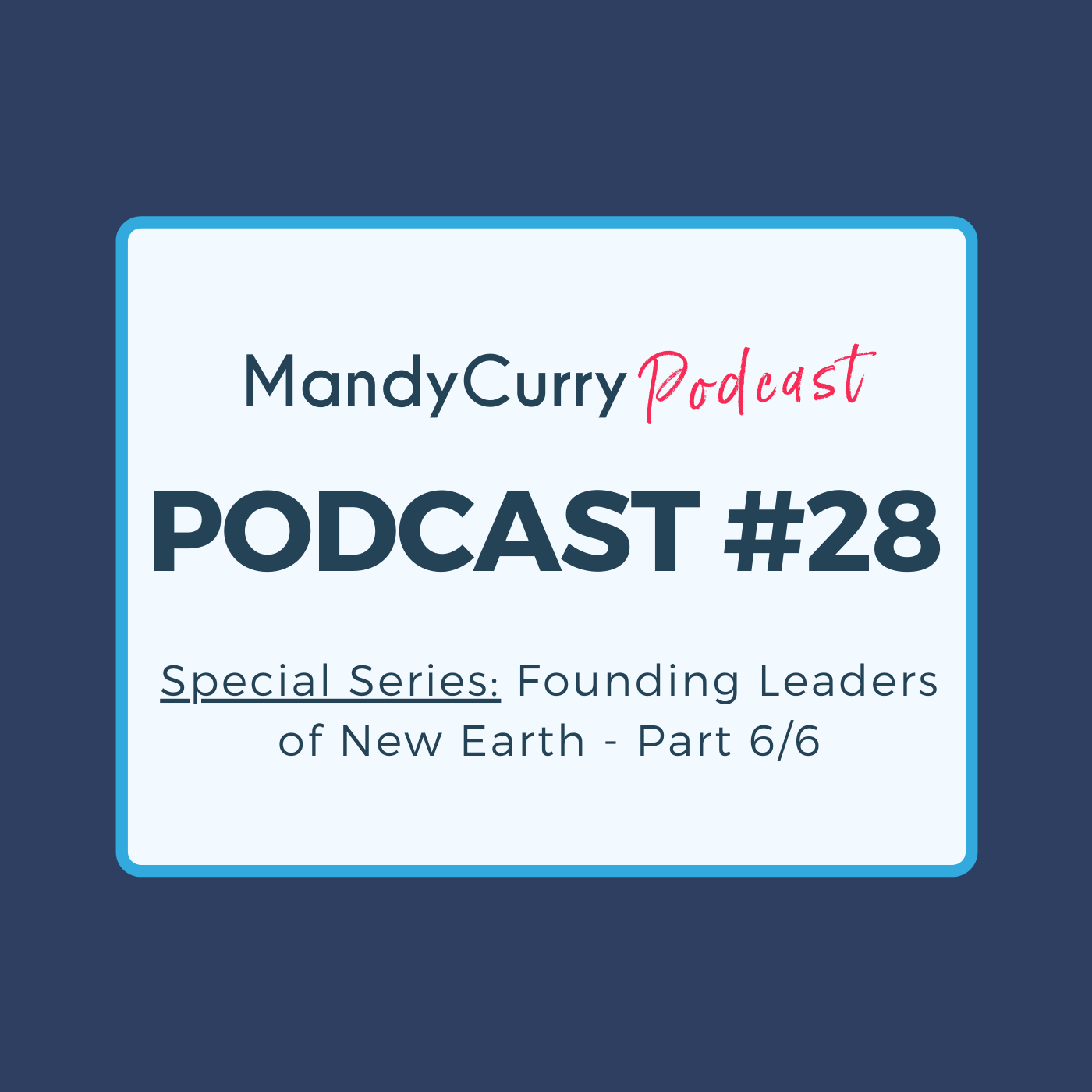 This final podcast in the series invites us into the magic and physical manifestations of... 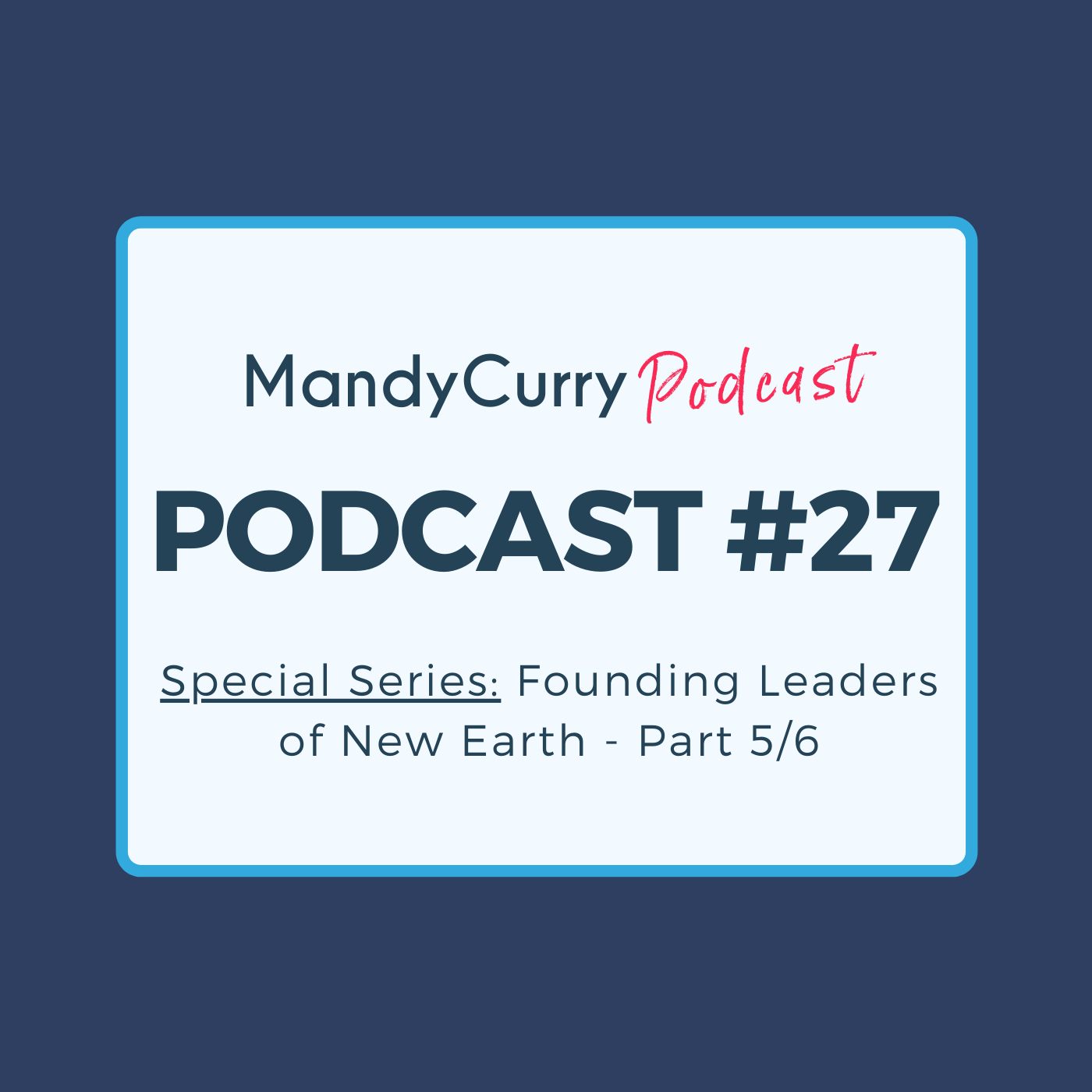 Part 5 of the Founding Leader series is a continuation of allowing visions and images... 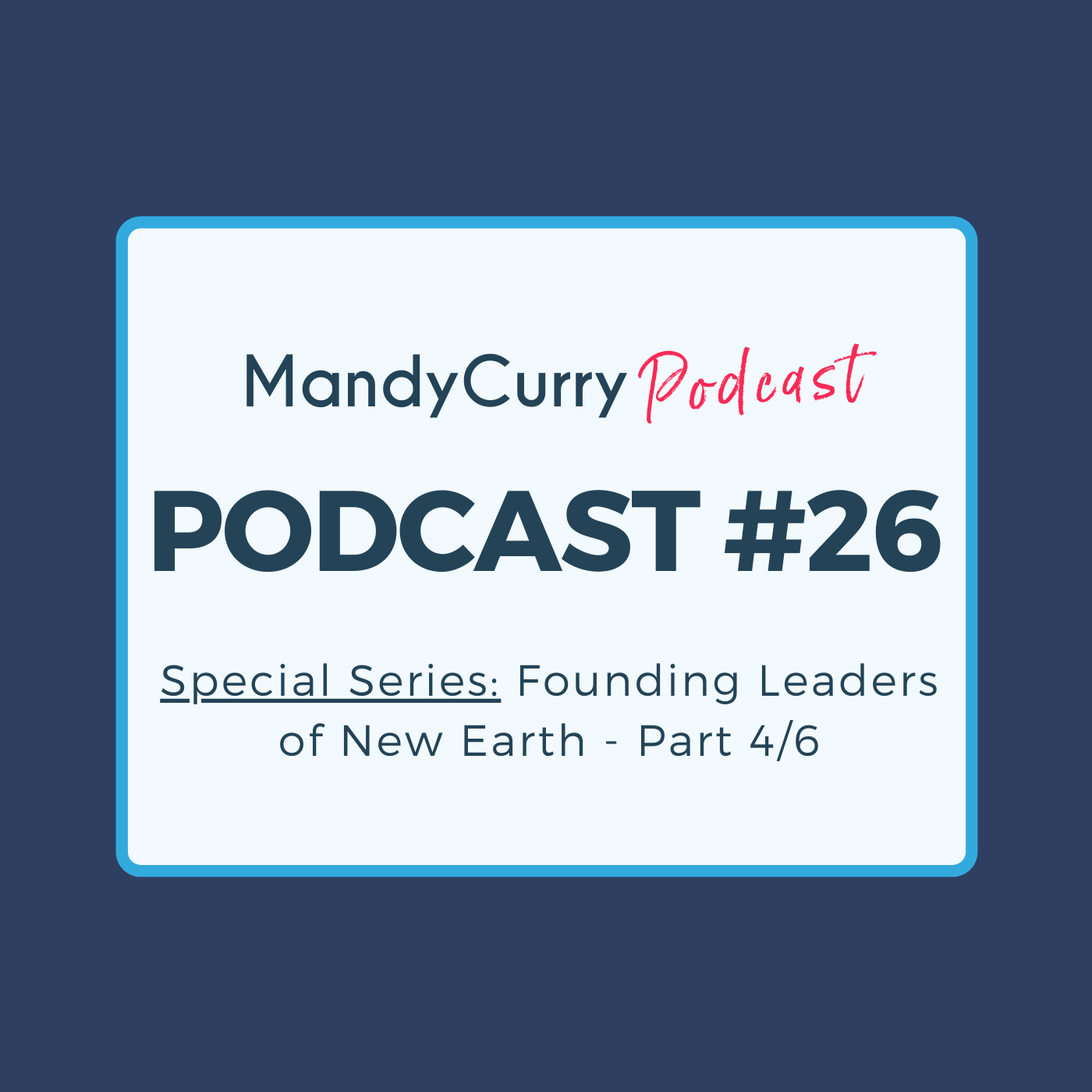 Part 4 of the Founding Leader series begins to play in our imagination with the... 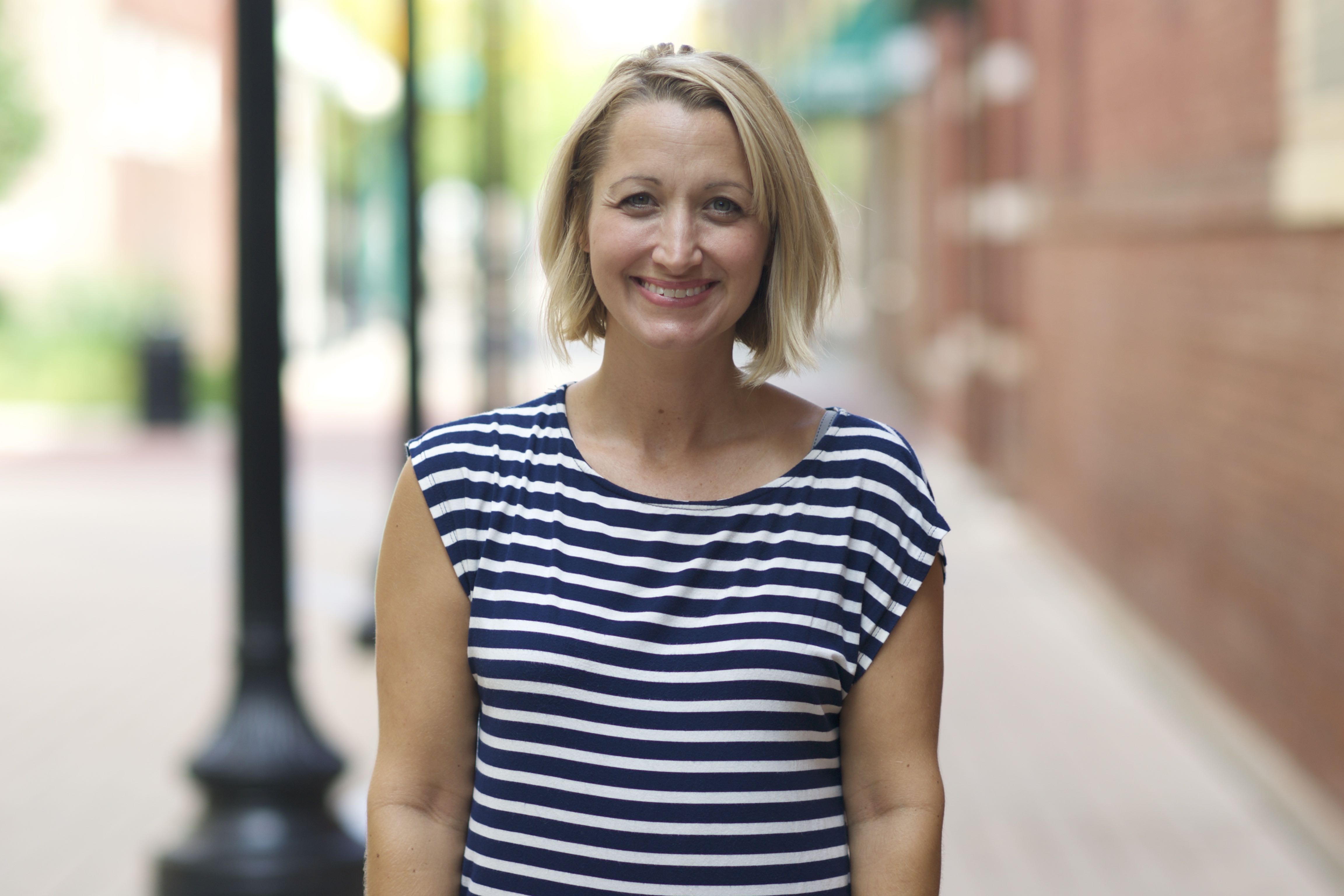 I am inspired by a new way to live, a new awareness of what’s possible for our lives, as we begin the journey to connect with our spirit within.